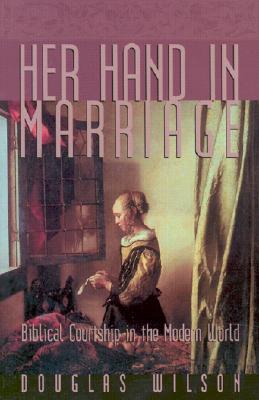 Her Hand in Marriage: Biblical Courtship in the Modern World

Would be in New condition but for previous owner's stamp on flyleaf. Text pristine.

The modern dating system is bankrupt. It does not train young people to form a relationship but rather to form a series of relationships, hardening themselves to all but the current one. Recreational dating encourages emotional attachments without covenantal fences and makes a joke of a father's authority. The disrespect children have for their fathers in this area is an echo of the disrespect fathers have for their own office. Biblical courtship provides a wonderful freedom. It involves familial wisdom and godly protection. Grounded upon the involved authority of the father, courtship delights in its public connection to the lives of families. Sexual purity is a great inheritance for a marriage, and part of a father's job is to guarantee and protect that heritage. Biblical courtship is a humble affront to the sterility of modern relationships. And as a new generation rejoices in this ancient wisdom, the current waves of broken relationships will begin to recede.

Title:: Her Hand in Marriage: Biblical Courtship in the Modern World

Her Hand in Marriage: Biblical Courtship in the Modern World