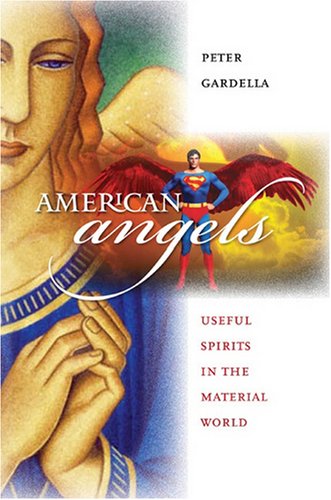 From figurines to bumper stickers, Broadway to prime-time TV, angels have taken over America. Our fascination with angels has become big business but, as Peter Gardella shows, this phenomenon has extended well beyond the commercial world to attract and inspire people from all walks of life for a diverse array of reasons.

Gardella's engaging study is the first to look objectively at the place of angels in American culture. He explores in particular the emergence of a domestic religion of "useful angels"--especially outside mainstream churches-that has created a uniquely American faith, one that addresses everything from the sexuality of angels to how angels and demons literally figure in the War on Terror. Gardella explores the history of angels in America from Spanish colonialism and Puritan sermons to the modern angel craze that overtook the nation in the 1990s in the wake of Sophy Burnham's bestselling A Book of Angels. He argues that our collective fascination with angels seems especially linked to their perceived utility as helpmates and describes how they have been incorporated into everything from healing practices and child rearing to warding off evil and evoking love. But, Gardella argues, these angels are often perceived as servants of man rather than agents of God, and this very servitude has helped codify our sense of national uniqueness and righteousness. Angel enthusiasm may be centered in America's heartland--home of the Hallmark empire and Precious Moments chapel--but it extends everywhere, including our music, popular literature, advertising, television shows, and Hollywood movies like It's a Wonderful Life, Michael, and City of Angels. And, as Gardella shows, whether New Age or evangelical, these angels are becoming more multicultural, more physical, and more intimately engaged with us all the time. Beautifully and sympathetically written, but with a scholar's eye for pattern and detail, American Angels mixes theology, psychology, sociology of religion, gender theory, and even film criticism to create an unusually well-rounded survey of a uniquely American phenomenon. It shows us how the utility of angels speaks to the very core of religion and will enlighten skeptics and believers alike.