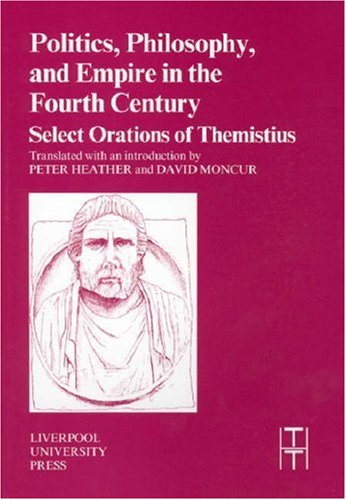 Around the year 350, a young orator and philosopher called Themistius delivered a speech to the Emperor Constantius II in Ancyra (modern Ankara). Themistius found great favour with the Emperor, who catapulted him into the Constantinople Senate in 355. He was similarly favoured by subsequent emperors - Jovian (363-64), Valens (364-78) and Theodosius (379-95). This volume presents translations of a selection of the speeches of Themistius, grouped into chapters that deal either with a key period in the evolution of his career or with a sequence of events of particular historical significance.