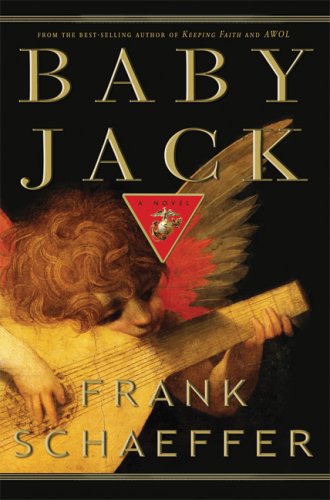 Todd Ogden, an acclaimed painter with work in museums around the world and a seemingly successful thirty-year marriage to the Brahmin Sarah, is living and painting in his two-hundred-year-old Massachusetts farmhouse when his youngest child, Jack, chooses the Marines over college. Feeling puzzled and ultimately infuriated by his son's incomprehensible switch to "the other side," a situation only further aggravated by his disapproval of Jack's girlfriend Jessica, Todd ultimately turns his back on his son. Not long after the start of Gulf War II, Jack is deployed to Iraq and killed a week later, trying to end off an ambush. From this point on, Baby Jack tells the story of the family Jack leaves behind, of his parents trying to survive as their marriage shatters, of Todd's own breakdown and after-the-fact attempt to understand his son's life -- and of Jessica's perseverance and the baby to whom she gives birth after Jack's death. Baby Jack is a powerful and moving human story of sacrifice and redemption, which takes its readers into a territory way beyond the everyday.