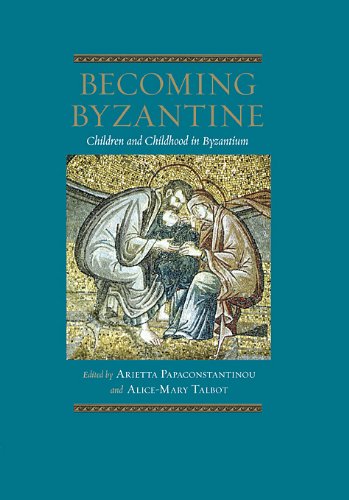 By: A. PAPACONSTANTINOU, A. TALBOT

In 1960, the French medievalist Philippe AriÃ¨s inaugurated the history of childhood as a serious field of study with the publication of his book L'enfant et la vie familiale sous l'Ancien RÃ©gime (translated two years later as Centuries of Childhood). Famously known for the abrupt statement that 'in medieval society the idea of childhood did not exist'-AriÃ¨s established the framework for the field, advancing continued scholarship through controversy as much as anything. For years the debate has rested on two motivations: 'to show that it was as good then as it is now, and...to show that it is not worse now than it was then' (Papaconstaninou). Until now, Byzantium was absent from the debates. Arietta Papaconstaninou and fellow editor Alice-Mary Talbot have assembled this group of papers in an attempt to reveal a virtually unknown world, and maybe more crucially, to introduce these debates to Byzantine history in the hopes of advancing our understanding of Byzantine society. Both the encouraging and grimmer aspects of Byzantine childhood are equitably addressed: patterns of breastfeeding and weaning, the legal status of children, the presence of abuse in monasteries, death and commemoration, the material culture of childhood, the role of women in the conception and survival of a child, and the models of ideal childhood circulated through the biographies of emperors and patriarchs, as well as in the Lives of the saints. 330 pp.

Eight articles from a 2006 conference are included in this volume which covers issues related to childhood during the Byzantine Empire. Topics covered include law, procreation, death, patterns of breastfeeding, & material culture.

Author:: A. PAPACONSTANTINOU, A. TALBOT