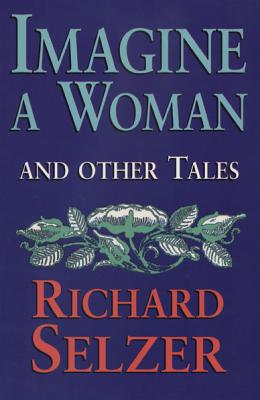 Imagine a Woman and Other Tales

A widow becomes obsessed with the desire to once again hear her dead husband's heart, which has been harvested and transplanted into the body of another man ("Whither Thou Goest"). A mother descends into a cave in search of her autistic son, who suffers the gift and curse of vespertilian powers of perception ("Pipistrel"). After the death of the wife he no longer loves, a retired professor of archeology tries to suffocate himself in a bog("Lindow Man"). A scavenger finds treasurea radioactive disk he believes to be a fallen star even as it kills him ("Luis"). The doctor who attends the death of Edgar Allen Poe completes the story fragment the great author has left him, the tale of a young nobleman who, enslaved to the compulsive, ritualistic demands of Tourette's Syndrome, is stranded in a lighthouse with a stranger who may or may not be deaf ("Poe's Lighthouse"). A woman chronicles the last days of her death from AIDS in a small French village ("Imagine A Woman").
Stories of sweetness and light these are not; but those with a taste for the truly suspenseful and horrific need go no farther than these inventive, disturbing tales by a master of the genre."

Title:: Imagine a Woman and Other Tales

Imagine a Woman and Other Tales