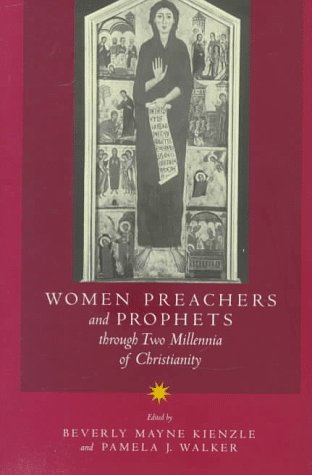 For nearly two millennia, despite repeated prohibitions, Christian women have preached. Some have preached in official settings; others have found alternative routes for expression. Prophecy, teaching, writing, and song have all filled a broad definition of preaching. This anthology, with essays by an international group of scholars from several disciplines, investigates the diverse voices of Christian women who claimed the authority to preach and prophesy. The contributors examine the centuries of arguments, grounded in Pauline injunctions, against women's public speech and the different ways women from the early years of the church through the twentieth century have nonetheless exercised religious leadership in their communities. Some of them based their authority solely on divine inspiration; others were authorized by independent-minded communities; a few were even recognized by the church hierarchy. With its lively accounts of women preachers and prophets in the Christian tradition, this exceptionally well-documented collection will interest scholars and general readers alike.

Title:: Women Preachers and Prophets through Two Millennia of Christianity