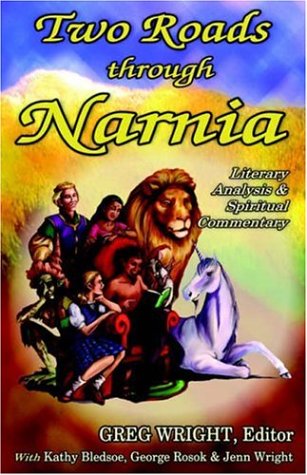 Fifty years ago, celebrated author and Christian apologist C. S. Lewis completed what would eventually become a classic of children's literature: The Chronicles of Narnia. Originally conceived as a trilogy of novellas, the series began with the publication of The Lion, the Witch and the Wardrobe and apocalyptically culminated, after a total of seven volumes had been published, in The Last Battle. Now, after countless dramatic adaptations, radio plays, musicals and television productions of the Chronicles, Walden Media and Disney are bringing Narnia to the big screen in what has already proven to be the most aggressive promotional campaign in history. What's all the fuss about? Most champions of the Chronicles laud the series for its allegorical retelling of the Gospel. The protector of Narnia, that Great Lion Aslan, is a clear parallel to the Christ we find in Scripture. But the success of the Chronicles of Narnia is not only due to its spiritual appeal. If the tales did not work first as literature, they would have remained only a footnote to publishing history. Two Roads through Narnia makes the case that the Chronicles are best appreciated by understanding the books from both literary and spiritual standpoints. But rather than muddy the waters by trying to do both at the same time-or by trying to synthesize seven individual stories into a single comprehensive thesis-the essays in this volume analyze each individual story first as literature, then for spiritual symbolism. Seven books. Each appreciated as art should be: for the significance of its craft, and for the value of its meaning. Hollywood Jesus Senior Editor Greg Wright has also assembled a team of essayists-Kathy Bledsoe, George Rosok and Jenn Wright-who are not afraid to point out weaknesses in the Chronicles where they exist. This introduction to the seven tales of Narnia will both challenge and satisfy those on the journey through Narnia.