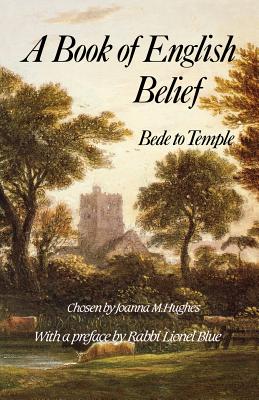 When Joanna Hughes discovered that she had terminal cancer she asked Rabbi Lionel Blue how she could organize herself in that time. He suggested that she should compose an anthology of English spirituality. Though she was not aware of it, Rabbi Blue says, Joanna Hughes was a spiritual person -- unsentimental, original and honest. The result is a rare collection of material, including unknown people, better known though unexpected poets, and very ordinary people who said extraordinary things. The collection begins with the Venerable Bede and Alfred the Great, and ends with Sir Winston Churchill, Dorothy L. Sayers, C. S. Lewis and Archbishop William Temple. At first privately printed, this book has been so treasured by others, both living and dying, that it is now published for all to enjoy and benefit from. With a preface by Rabbi Lionel Blue, who writes: 'I have shown this book to rabbinical students, to businessmen, to friends who believe and to those who don't. To all of them it is a window into English religion at its truest.' Joanna M. Hughes died in 1986.

Title:: A Book of English Belief