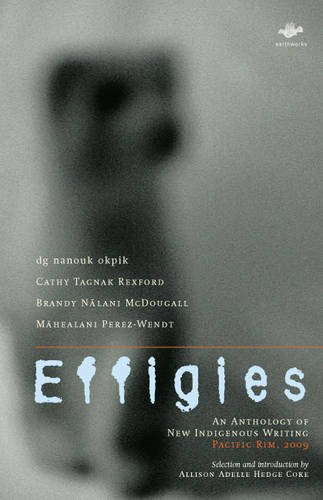 It is a rare pleasure to unleash beauty upon the ever-tragic world, an exception to the plagued misfortune of greed, despair, and injury. Though elements of colonization do present certain challenges and malady to a natural world inhabited for tens of thousands of years by peoples steeped in ideologies, practical and philosophic systems, they do not overcome the lingual sensibilities and prowess of the poets representing the areas of the planet present in this text. Instead the poets overcome the intrusion.From baleen row, razor clam edge, rabid willow ptarmigan plume, to white buds of plumeria, gardenia, lei, shaded grave of dried lauhala and graying niu, fertile Pacific essence swells these poems into hummock ice knolls, into layers and layers of white sea laps rolling, into mindfulness, consideration, climate care--belonging.From ulu, to cane knife, where aurora's green vein bleeds blue and tangles into indigo or green-robed mauna combs t? stalks, palms, kukui, and pines. From Barrow to Waihe'e, tethered and hammered through wild among dark branches and snared by voices, these poems harbor whale and seal oil burning to bring sustenance to a reader's search for light and with them carry us into a seafaring world of rich embrace. Spectacular, immediate, these beaches and beeches along the shores provide a tactile relationship made immense in their stream-crafted images.