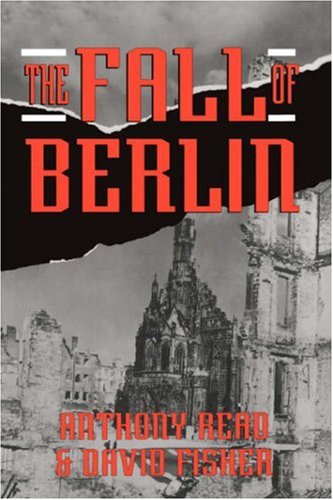 The Fall Of Berlin

From the pomp and glitter of the 1936 Olympics to the apocalyptic battle to capture the ruined capital of the Nazi Empire, The Fall of Berlin presents a kaleidoscopic portrait of one of the world's greatest cities caught between the lunacy and cruelty of its leaders and the brutal determination of encircling Soviet armies. The authors have delved into archival research, diaries, and memoirs, and conducted numerous interviews to recreate through brilliantly detailed vignettes the story of Berlin and its resilient inhabitants: the soldiers and ordinary citizens pounded by Allied bombing but maintaining their gallows humor; the endless procession of refugees; the 5,000 Jews who foiled the Nazi's rabid attempt to "purify" the capital; people like Dietrich Bonhoeffer who gave their lives in heroic anti-Nazi resistance while film stars and the well-connected lived in precarious luxury; the Third Reich's leaders jockeying for power in Hitler's underground bunker even as a ragged army of children, invalids, and old men confronted Soviet tanks in the rubble above; and of course, Hitler himself, trapped beneath a city he hated, waiting for the miracle promised him in horoscope readings. Not since Is Paris Burning? has a book so vividly evoked the daily struggle for survival and dignity in the nightmarish center of total war.

Title:: The Fall Of Berlin

The Fall Of Berlin