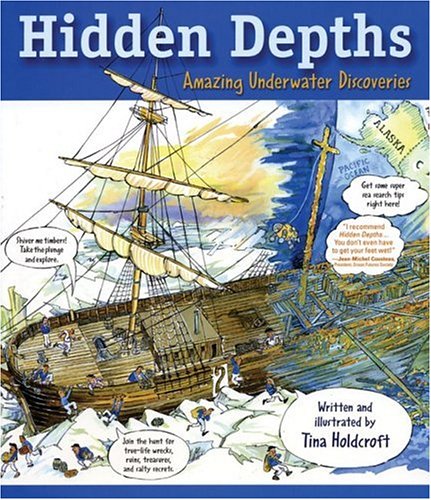 There are some amazing surprises hidden beneath the sea. In 1961, astronaut Gus Grissom's space capsule splashed down in the Atlantic and began filling with water. Grissom escaped, but the craft sank three miles to the ocean floor and wasn't recovered until 1999.

Of course, some vessels were designed to sink. During the American Civil War, the world's first combat submarine successfully sank a blockade ship in the waters near Charleston, South Carolina. Unfortunately for the triumphant crew, the experimental sub never resurfaced until it was raised 136 years later

Dive into Hidden Depths and discover ten amazing and true stories of the lost and found beneath the waves, including: The sunken pirate haven of Port Royal, Jamaica Ancient undersea fossils found in the Rocky Mountains A prehistoric fish thought extinct and found alive Remains of the seventh wonder of the ancient world: the Lighthouse of Alexandria.

Complete with tips for true-life sea searchers and saturated with funny and fact-filled cartoon-style illustrations, Hidden Depths is awash in history's -- and prehistory's -- deepest secrets.