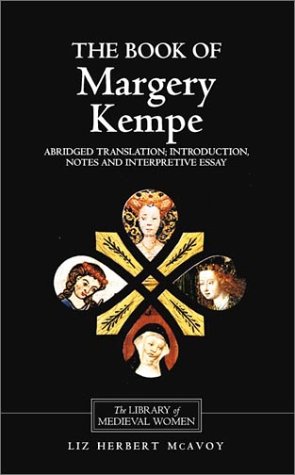 A unique narrative of sin, sex and salvation, The Book of Margery Kempe comprises a text which has continued to perplex and fascinate contemporary audiences since its discovery in the library of an English country house in 1934. Simultaneously exasperating, endearing, vulnerable and eccentric, Margery Kempe, mother of fourteen children and wife to a bemused John Kempe, provides us with an autobiographical account of her own singular brand of affective piety - excessive weeping, lack of bodily control, compulsive travelling, visionary meditations - and the growth of what she regarded as an individual and privileged mystical relationship with Christ. This new excerpted, thematically organised translation of the challenging text focuses on passages which will contextualise for the reader its author's reliance upon the experiences of her own maternal and sexualised body in an attempt to gain spiritual and literary authority. With detailed introduction and challenging interpretive essay, this volume uncovers in particular the importance of motherhood, sexuality and female orality to the inception and expression of Margery Kempe's singular mystical experiences and adds to contemporary debate regarding the agency of holy women during the later middle ages. LIZ HERBERT McAVOY is Lecturer in Medieval Language and Literature, University of Leicester.