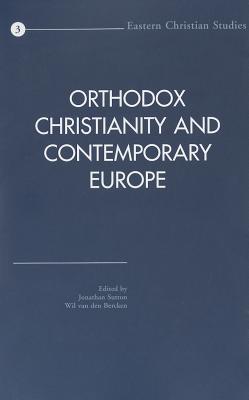 This volume contains selected papers presented at a conference on Orthodox Christianity and its contemporary European setting. The conference was held in England, at the University of Leeds, in June 2001 and drew together historians, theologians, philosophers, specialists in theological education and political scientists. Countries with an Orthodox Christian history were well represented, as well as Orthodoxy in the diaspora and other Christian confessions by representatives from Western Europe and the United States and Canada. The coherence of Orthodox Christianity and contemporary threats to its coherence formed one main strand for reflection, but discussion also broadened out to consider the nature of religious tradition as such. Part I of the collection brings together papers on such matters as identity, nationalism, globalization, human rights discourse, ecumenical dialogue and competing interpretations of what it means to be European. Part II focuses on Orthodox Christianity in Russia and Part III on the traditionally Orthodox countries of Armenia, Bulgaria, Greece, Romania, Serbia and Ukraine. The present collection is meant as a contribution to further reflection on Orthodox identity, and relationship between Christianity and culture in Europe at the beginning of the twenty-first century.