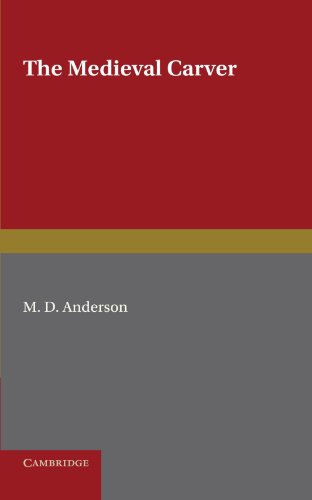 Mary Desiree Anderson's The Medieval Carver was first published in 1935. Featuring 22 individual photographic plates, the volume describes and classifies both English and French Gothic art, and takes its examples of medieval English carvings from the length and breadth of the country. The author also presents a fresh look at the reality of modern-day myths surrounding the relationship between the medieval church and its clergy, and surrounding the image of the medieval carver himself. The carver, Anderson argues, was not always as enterprising or honest as is commonly believed. The Medieval Carver deftly explores the contemporary, biblical and allegorical carvings of the Middle Ages, as well as discussing masonry and the artistic materials commonly used by the medieval carver. This book, which is written both fluently and engagingly, will be welcomed by anyone with an interest in medieval stone and wood carvings.