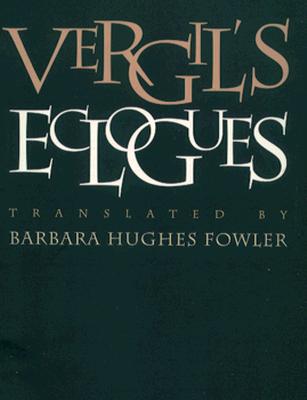 Best remembered for his unfinished epic, the Aeneid, the poet Vergil was celebrated in his time both for the perfection of his art and for the centrality of his ideas to Roman culture. The Eclogues, his earliest confirmed work, were composed in part out of political considerations: when the Roman authorities threatened to seize his family's land, Vergil's appeal in the form of Eclogue IX won a stay. Eclogue I appears to be a thank-you for that favor. Barbara Hughes Fowler provides scholars and students with a new American verse translation of Vergil's Eclogues. An accomplished translator, Fowler renders the poet's words into an English that is contemporary while remaining close to the spirit of the original. In an introduction to the text, she compares the treatment of the pastoral form by Vergil and Theocritus, illuminating the ways in which Vergil borrowed from and built upon the earlier poet's work, and thereby moved the genre in a new direction.