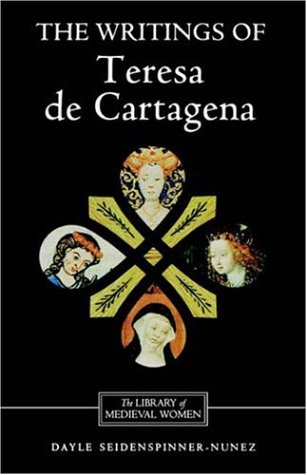 "This affordable, engaging and important translation of Teresa de Cartagena's works significantly expands and enriches the current canon of medieval women writers." ANNE CLARK BARTLETT, DePAUL UNIVERSITY Teresa de Cartagena was born in Burgos in about 1415-20, into a powerful family of Jewish origin. All we know of Teresa comes from her work: she was deaf and not physically strong, she was a nun, and - perhaps the source of her resilience -she was well-educated, above all in religion and moral philosophy. Deaf from early womanhood, her consolatory treatise Grove of the Infirm is a reflection on the spiritual benefits of illness; her second work, Wonder at the Works of God, was apparently written to counter the contention of her critics that a handicapped woman had nothing of value to say. This artful manipulation of the familiar devotional genre of "the treatise of consolation" reveals a woman writer intimately familiar with the cultural practices of her era; overall, both works allow a rare glimpse into the world of women in fifteenth-century Spain. DAYLE SEIDENSPINNER-NUNEZ is Professor in the Department of Romance Languages and Literature at the University of Notre Dame.