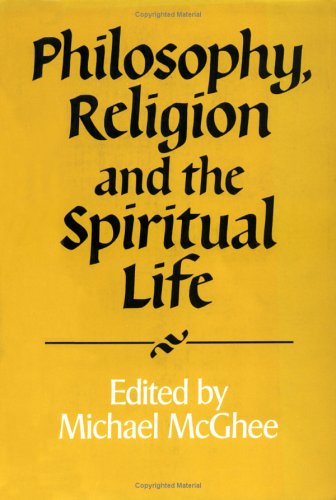 Where the boundaries between theology, philosophy, and spirituality blur -- that is the territory the essays collected here seek to map. Emerging from an interdisciplinary conference of philosophers and theologians, the lines of inquiry at first blush seem randomly diverse, but convergences do begin to appear: a rejection of anti-realist tendencies in modern theology, a focus on the relation between language and content, an increasing emphasis on the nature of the self. A sampling of the diversity and richness of this collection: ''Philosophy and Religion in the Thought of Kierkegaard'' (Michael Weston); ''De Consolatione Philosophiae'' (John Haldane); ''Love and Attention'' (Janet Martin Soskice); ''Descartes' Debt to St. Augustine'' (Stephen R.L. Clark); 'Visions of the Self in Late Medieval Christianity'' (Sarah Coakley); ''Refined and Crass Supernaturalism'' (T.L.S. Sprigge); ''Moral Values as Religious Absolutes'' (James Mackey); ''Facing Truths: Ethics and the Spiritual Life'' (Michael McGhee). Provocative investigations: they join (as McGhee describes the work of Kierkegaard) the ''formative critique of the pretensions of philosophy, the corruptions of religion, and the delusions of spirituality,'' thus clarifying truths to which they commonly point.

A new agenda for the philosophy of religion emerges from this interdisciplinary collection. Going outside the traditional concerns of natural theology, the distinguished contributors to this volume explore such topics as the nature of selfhood and its images in the ancient, the medieval and the modern world; the role of philosophy as a route to wisdom; non-conceptual awareness; and the nature of love and its relation to attention. Discussion focuses on the figures of Plato and Augustine, William James and the Absolute Idealist F. H. Bradley, Kierkegaard and Heidegger, as well as leading figures of the Tibetan Buddhist tradition.