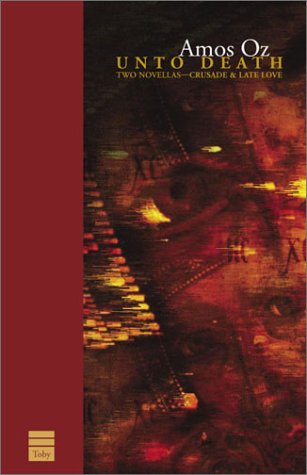 Unto Death comprises two novellas by one of Israel's most gifted writers. In Crusade and Late Love Oz explores the atmosphere of hatred in which Jews live, die, or degenerate into insanity. In Crusade a band of Crusaders journeys towards Jerusalem, attacking and killing Jews along the way. Their initial spirit of triumph gives way before depression as disease and deprivation slow their progress. In Late Love, set in modern-day Israel, an aged lecturer who willingly ignores his deteriorating body cannot ignore his paranoid visions of the destruction of his people by Soviet Russia. Considered to be some of Oz's finest writing, Unto Death has appeared in America, England, France, Finland, Sweden, Spain, Holland, Russia, and Poland. Originally published as Ad Mavet, translated from the Hebrew by Nicholas de Lange in collaboration with the author."