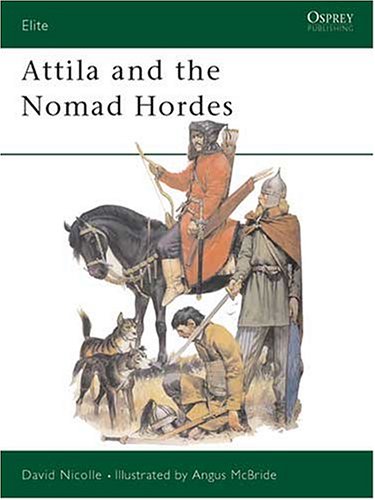 Attila and the Nomad Hordes : Warfare on the Eurasian Steppes 4Th-12th Centuries

Of all the conquerors who swept out of Central Asia, two names stand out in European memory - Attila the Hun and Genghis Khan the Mongol. Both are remembered for massacres and devastation; yet whereas Genghis is also famous for the laws he imposed on half of Asia and for the trade which flourished under Mongol rule, Attila's notoriety seems unrelieved by positive achievements. But what was Attila's short-lived empire really like? What happened to the Huns afterwards, and what role did the nomads of Central Asia play in the centuries between Attila and Genghis Khan?

Title:: Attila and the Nomad Hordes : Warfare on the Eurasian Steppes 4Th-12th Centuries

Attila and the Nomad Hordes : Warfare on the Eurasian Steppes 4Th-12th Centuries