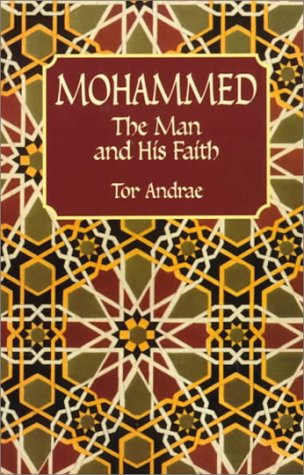 Mohammed, the Man and His Faith

Long considered an essential survey of the origins, tenets, and substance of Islam, this biographical classic conveys a deep understanding of the Prophet and his faith. "Even today, after a period of development of thirteen centuries," author Tor Andrae notes, "one may clearly discern in genuine Islamic piety the uniqueness which is ultimately derived from its founder's personal experience of God." Andrae's fascinating profile of Mohammed's life and times encompasses the rich diversity of the Prophet's influence, exploring not only his impact on religion and history but also his political and social relevance.
Beginning with an overview of Arabia in the sixth century, Andrae chronicles Mohammed's youth and the circumstances surrounding his prophetic call, offering a cogent analysis of his religious message and doctrine of revelation. The author discusses the conflicts surrounding the Prophet's early preachings that culminated in his flight from Mecca to Medina, where his leadership duties expanded to include the roles of politician, ruler, and military commander. In conclusion, an evaluation of Mohammed's personality offers insights into the everyday conduct that has served as a model to succeeding generations of Muslims.
Comprehensive in scope and even-handed in perspective, this is one of the finest volumes available in English about Islam. Mohammed: The Man and His Faith is essential reading for students of religion, and its inspiring examination of Mohammed's deep piety and the power and spiritual energy of his religion will enthrall readers who are well versed in Islam as well as those unfamiliar with the Prophet's life and teachings.

Title:: Mohammed, the Man and His Faith

Mohammed, the Man and His Faith