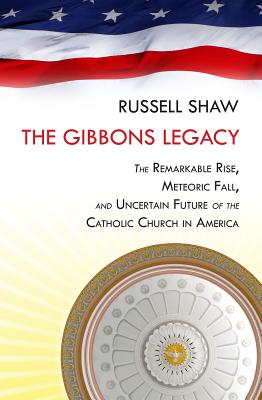 Has the Americanization of American Catholics--their cultural assimilation, that is--been a blessing or a curse for the Church in the United States? Or has it been a bit of both? In The Gibbons Legacy Russell Shaw takes a searching look at that question and reaches a disturbing conclusion. Cultural assimilation, which was ardently championed by churchmen like the great Cardinal James Gibbons of Baltimore around the turn of the last century, has undoubtedly conferred many benefits on Catholics. Their absorption into the secular culture of America, however, now threatens the Catholic identity of millions of faithful and of their institutions, such as schools, universities, and hospitals. Shaw does not offer this conclusion as an unsupported generalization. The Gibbons Legacy is a richly documented analysis of a process extending over two centuries. Colorful characters and dramatic incidents abound, including the nineteenth-century intellectual feud between Father Orestes Brownson and the Transcendentalist convert to Catholicism Isaac Hecker, Pope Leo XIII's condemnation of Americanism, the anti-Catholicism that greeted the presidential campaigns of Al Smith and John F. Kennedy, and the numerous intra-Church conflicts that have divided American Catholics since the Second Vatican Council. In concluding his study, Shaw offers a number of thoughtprovoking suggestions about what the Church in America needs to do now in the face of an ongoing decline that is sapping its strength and may threaten its very survival.