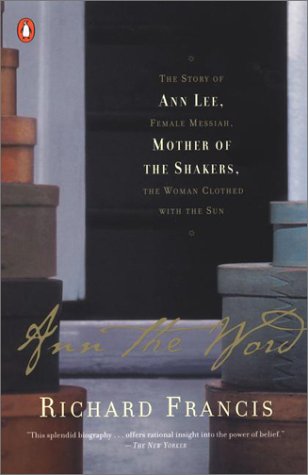 Believed by her followers to have been the second incarnation of Christ, Ann Lee may be one of the most extraordinary and mysterious women in the history of Western culture. From humble origins in Manchester, England, she became the visionary religious leader of the Shakers, a small religious cult characterized by wild shaking, impassioned singing, speaking in tongues, and a belief that the end of the world was near. When she died at age forty-eight, having brought her faithful to America in 1774, she left behind a religious movement that was to have thousands of followers. Masterfully conveying the energy and strangeness of the Shakers in their radical early years, Ann the Word is a penetrating look at a pioneer who, in feminizing Christianity, contributed to the status of women in her own time and ever after.