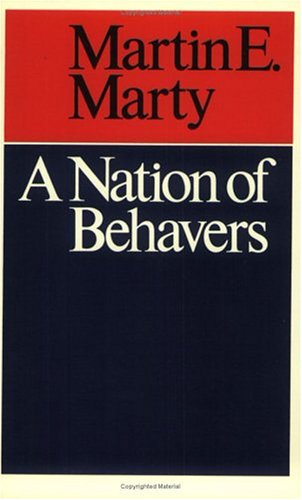 "National Book Award-winning author and historian Martin E. Marty's "A Nation of Behavers" is a characteristically perceptive new map of American religion. . . . Marty's years of astute observation of America's religious trends and developments have yielded six informal but clearly defined clusters around which people attempt to find not only basic group identity but also some kind of power. Anyone concerned about belief and its manifestations will be immensely aided by Marty's cogent comments on recent religious happenings." "Commonweal"
"This is a book for everyone, more than for the scholar of American religion. . . . Its value is in breadth of vision and new interpretation." Dean R. Hoge, "Theology Today"
"As a means of making sense out of the potpourri of competing groups that compose religious America today, "A Nation of Behavers" is a first-rate tool." Edward A. Fiske, "New York Times
""

Title:: A Nation of Behavers