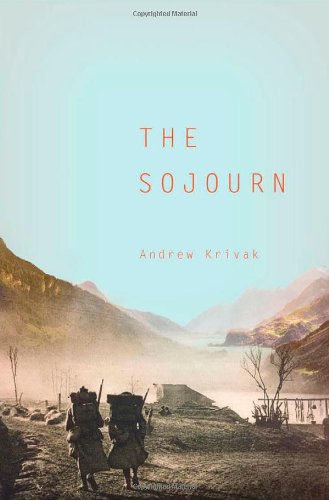 The Sojourn, finalist for the National Book Award and winner of both the Dayton Literary Peace Prize and inaugural Chautauqua Prize, is the story of Jozef Vinich, who was uprooted from a 19th-century mining town in Colorado by a family tragedy and returns with his father to an impoverished shepherd's life in rural Austria-Hungary. When World War One comes, Jozef joins his adopted brother as a sharpshooter in the Kaiser's army, surviving a perilous trek across the frozen Italian Alps and capture by a victorious enemy.

A stirring tale of brotherhood, coming-of-age, and survival, that was inspired by the author's own family history, this novel evokes a time when Czechs, Slovaks, Austrians, and Germans fought on the same side while divided by language, ethnicity, and social class in the most brutal war to date. It is also a poignant tale of fathers and sons, addressing the great immigration to America and the desire to live the American dream amidst the unfolding tragedy in Europe.

The Sojourn is Andrew Krivak's first novel. Krivak is also the author of A Long Retreat: In Search of a Religious Life, a memoir about his eight years in the Jesuit Order, and editor of The Letters of William Carlos Williams to Edgar Irving Williams, 1902-1912, which received the Louis L. Martz Prize. The grandson of Slovak immigrants, Krivak grew up in Pennsylvania, has lived in London, and now lives with his wife and three children in Massachusetts where he teaches in the Honors Program at Boston College.