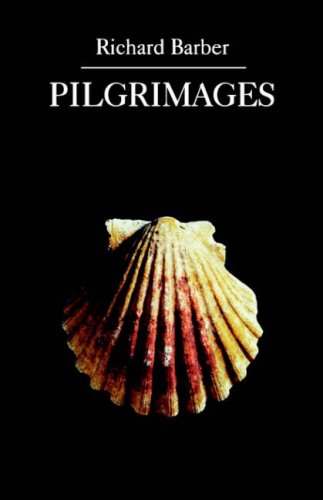 Pilgrimage, the journey to a distant sacred goal, is found in all the great religions of the world. It is a journey both outwards to hallowed places and inwards to spiritual improvement; it can express penance for past evils, or the search for future good; the pilgrim may pursue spiritual ecstasy in the sacred sites of a particular faith, or seek a miracle through the medium of god or saint. Throughout the world, pilgrims move invisibly in huge numbers among the tourists of today, indistinguishable from them except in purpose. In England each year 000 pilgrims make the journey to Canterbury cathedral and the shrine of Thomas Becket; the great festival at Prayaga on the Ganges attracts over fifteen million men and women. This is the first book to offer a survey of the great pilgrimage traditions. It outlines the history of different customs and brings together some of the common themes, revealing in the process surprising similarities in practice among pilgrims of widely differing beliefs and times. RICHARD BARBER's interests range widely over the middle ages. He is the author of The Knight and Chivalry and the Penguin Guide to Medieval Europe;he has also written biographies of the Henry II and the Black Prince, and a history, The Pastons: A Family in the Wars of the Roses, as well as two classic Arthurian books, Arthurian Legends and King Arthur: Hero and Legend.Cover illustration: The scallop shell symbol of pilgrims to the shrine of St James at Santiago de Compostela. This scallop shell, still showing simple colouring, was found in the grave of a young man buried in Keynsham Abbey in the 12th century; the holes in the beak, for attaching the shell to the pilgrim's scrip, are clearly visible.