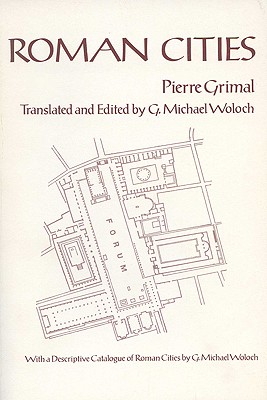 Roman Cities combines G. Michael Woloch's translation of Les villes romaines, Pierre Grimal's noted French work on Roman city planning, archeology, and urban history, with Woloch's additional notes and descriptions of the cities mentioned by Grimal, as well as other important Roman cities. The book provides a brief history and description of more than a hundred Roman cities, an extensive master bibliography, and a comprehensive glossary. Roman Cities will interest both scholars and students of Roman history and archeology, city planning, urban geography, and the social sciences. The glossary and bibliography make the book of value to specialists pursuing a particular topic and to students, history buffs, and amateur archaeologists seeking to broaden their understanding of the Roman city planning methods that are such an integral part of our modern urban heritage.

Roman Cities provides the first comprehensive study in English of major Roman cities, including an excellent coverage of the Roman legacy which was transmitted to medieval and modern trends in architecture and urban planning..