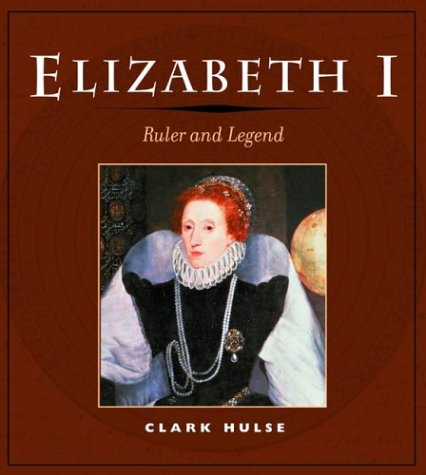 Elizabeth I: RULER AND LEGEND

Making history from the moment of her birth, England's Queen Elizabeth I (1533-1603) was a legend within her own lifetime. To her supporters, Elizabeth I was Gloriana, the Faerie Queene, a dignified and powerful woman who ruled with cunning and skill for forty-four years. To her detractors she was the ruthless supporter of a false religion; the murderer of her cousin Mary Queen of Scots; a wanton woman, herself illegitimate, who sullied the crown with her licentious behavior.

The legends that have grown up around Elizabeth are fascinating, but as this book shows, the truth is just as remarkable. In Elizabeth I: Ruler and Legend, Clark Hulse brings Elizabeth to life, combining text and images to tell her story through the objects handed down by history.

Commemorating the four hundredth anniversary of Elizabeth's death, this handsome volume contains over one hundred photographs of books, manuscripts, maps, letters, paintings, clothing, furniture, and many more artifacts dating from her reign. Each of these objects tells a story, and Hulse uses them as a starting point for a broad and thorough examination of Elizabeth and the society in which she lived.

Beginning with an analysis of the political events surrounding her birth, the book describes Elizabeth's relationship with her father, Henry VIII, and the maneuvering that led to her eventual coronation upon the death of her half-sister Mary Tudor in 1558.

As queen, Elizabeth oversaw a period of breathtaking cultural achievement. She kept England from being torn apart by the religious wars raging across Europe, and she withstood both an assassination plot and the massive military threat of the Spanish Armada. This book addresses all these major events, as well as a whole host of lesser-known aspects of Elizabeth's reign.

Hulse includes discussions of topics such as the education of Tudor women; markers of identity; portraits of Elizabeth; the queen's speaking style; her interest in America; music at the Tudor court; and literary depictions of Elizabeth by Shakespeare, Spenser, and other poets.

Title:: Elizabeth I: RULER AND LEGEND

Elizabeth I: RULER AND LEGEND