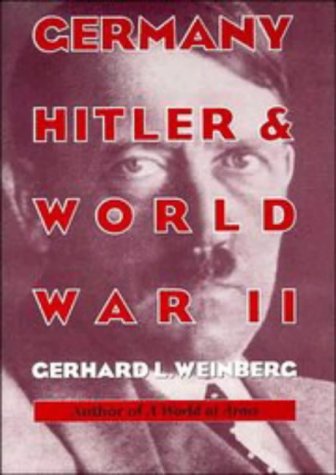 Far more than a conflict of imperial aggression, World War II was about "blood and soil," a fight to determine who would control the earth's resources and which races would be exterminated because they were deemed inferior or undesirable. This collection of essays, many never before published in English, illuminates the nature of the Nazi system and its impact on Germany and the world. Included are careful examinations of the Holocaust, the connections between the European and Pacific theaters of war, a comparative analysis of the leadership styles of Hitler, Stalin, Tojo, and Roosevelt and a look back at postwar Germany.