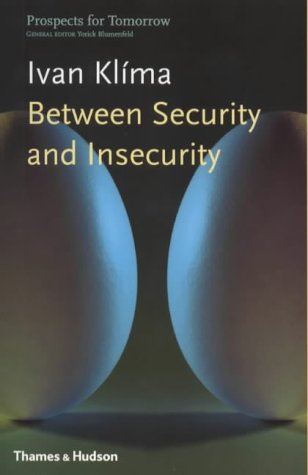 Between Security and Insecurity

The dimensions of space and time defy the human imagination: they inevitably undermine traditional beliefs, while giving rise to the sort of substitute faiths that caused catastrophic wars in our century and are now behind attempts to create a new, artificial world of entertainment, games, and virtual reality.

The eminent Czech writer Ivan Klima discusses here the changes in thinking and behavior at the turn of the millennium. He considers the main values in human society that must be preserved, and he tries to identify those people in today's world who are seeking to transform generally accepted consumer values into genuine values based on mutual human relations, moderation, and an understanding of the place of humans in nature.

Ivan Klima's books and plays have been translated into thirty languages. Concerned with personal and political freedoms, Klima's writing was blacklisted under Communism. He was deeply involved in the triumphant Velvet Revolution of 1989 with other dissident writers such as Vaclav Havel.

Title:: Between Security and Insecurity

Between Security and Insecurity