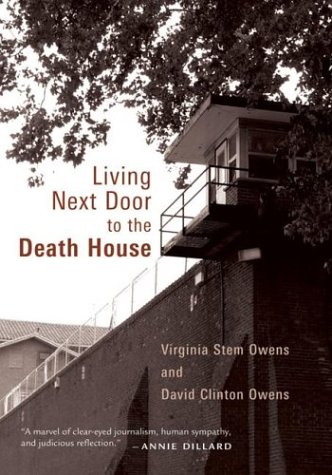 Living Next Door to the Death House

A gripping inside look at people living every day in the shadow of capital punishment When a prisoner on death row gets executed, it's not just the families of the victim and the murderer who feel the effects. The attorneys, the jury, the law enforcement officers, the prison guards, the wardens overseeing the execution, the chaplains and advisors, even the technicians "who prepare the syringe and prick the vein" -- all of these people are affected, and they all have powerful stories to tell, stories that are beautifully woven together in the poignant narrative of Living Next Door to the Death House. Authors Virginia Stem Owens and David Clinton Owens live in Huntsville, Texas, which has earned a reputation as "the death penalty capital of the world." With the prison system there employing almost a quarter of the town's residents, the ultimate punishment -- meted out as often as once a week -- is always "next door" in Huntsville. Through candid interviews with Huntsville folks connected both personally and professionally to the Texas prison system and death row, the authors explore how the steady stream of executions in the town has affected these people and the community at large. As the Owenses show, the ever-present death chamber "reaches out like tentacles to touch the lives of everyone who lives here." Some of the people they talk to are in favor of the death penalty, some are against it, many are conflicted, and a few refuse to share their opinions. But this book is not first of all about people's opinions, nor is it about policy or polemic or issues. Rather, the focus is on personal stories. Living Next Door to the Death House unforgettably shows the human face of one of the mostcontroversial and hotly debated issues today in the U.S. Readers on all sides of the debate will be drawn in and moved by these stories arising out of life lived in the shadow of death.

Title:: Living Next Door to the Death House

Living Next Door to the Death House