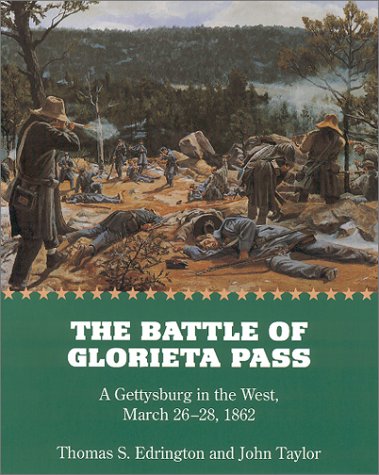 In 1862 a small army of Texans invaded New Mexico in order to win it for the Confederacy. Following the third day of the Battle of Glorieta Pass, the Texans realized their predicament: "Here we are between two armies, one double ours and the other four times our number, 1,000 miles from home, not a wagon, not a dust of flour, not a pound of meat." While the Confederates had forced a Union retreat on the rocky, forested battlefield around Pigeon's Ranch, they could not press their advantage. The most crippling blow had come in the surprise destruction of all seventy supply wagons at Johnson's Ranch by Colorado Volunteers. So complete was their devastation that during a truce in the early evening, the Texans even had to borrow Union shovels to bury their dead.

"A superbly researched and well-written study of the Battle of Glorieta Pass that is likely to be definitive."--Jerry Thompson, author of Confederate General of the West: Henry Hopkins Sibley