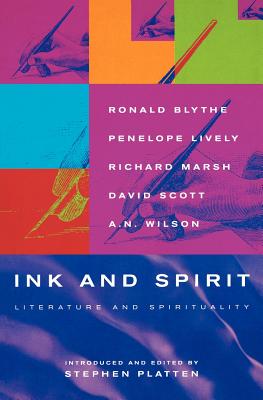 s suspicious as one often is of the other, literature and spirituality enjoy a rich and deep relationship. They have been inextricably linked since narrative and symbol first met in the earliest biblical writings.
Story, poetry and drama have always been used to express the human search for religious meaning and to modulate the divine voice. Equally, 'Take Christianity out of English literature, ' asks Ronald Blythe in this book, 'and what is left?'
In this fascinating and spirited collection of essays the novelist Penelope Lively explores fiction writing as an act of creation with its clear spiritual resonances. A. N. Wilson inveighs against the modern church for its desecration of the language which shaped and nurtured it. The poet David Scott looks at the lonely, subversive calling of the priest-poet from Caedmon to R. S. Thomas, and Richard Marsh considers David Jones's writings in the First World War where, for many, religion turned to mud and the only way across that vast no man's land was by the same ancient way of myth and symbol, the way that literature and spirituality have travelled together since the beginning.