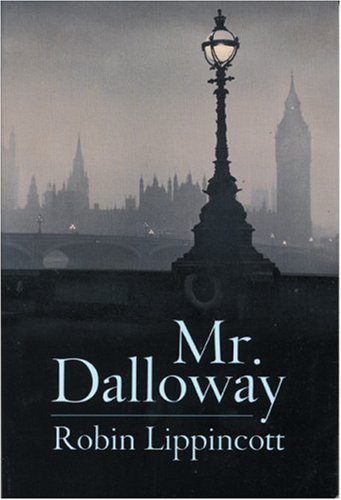 It is June 29, 1927NRichard and Clarissa Dalloway's thirtieth anniversary and also a day of historical significance. Richard has arranged a surprise party for his wife. As he leaves their house in Westminster to buy flowers for the party, his thoughts turn to Robert Davies (Robbie), a young editor at Faber with whom he has been having an affair off and on for many years. Because of Richard's efforts to contain their relationship, Robbie has exposed their affair in a letter to Clarissa, who tells her husband that she "understands" And today Richard, despite his misgivings, finds himself on his way to Robbie's house-only to be shaken by the discovery that Robbie is not there.

As does the Woolf novel, Mr. Dalloway takes place within a single day, unfolding prismatically with a simultaneity of events: Clarissa walks in London and remembers her courtship with Richard; their daughter Elizabeth searches for answers about her eccentric history tutor's somewhat mysterious and premature death; and a determined and drunken Robert Davies has decided to crash Richard's party, dressed all in white satin, no less As the novella moves toward its surprising climax, it revisits several of Woolf's celebrated characters-Sally Seton (now Lady Rosseter), Hugh Whitbread, Lady Bruton-while introducing new ones, such as the Sapphist couple Katherine Truelock and Eleanor Gibson, and the strange and beautiful Sasha Richardson.

Imaginative and formally bold as it refracts Woolf's fiction to invent a story completely Lippincott's own, Mr. Dalloway rides forward on waves of a masterfully complex and musical prose, full of wit, linguistic verve, and startling imagery.

Robin Lippincott is the author of The Real, True Angel, a collection of short stories published in 1996 by Fleur-de-Lis Press. His fiction and nonfiction have appeared in The New York Times Book Review, The American Voice, The Literary Review, Provincetown Arts, and many other magazines; he was awarded fellowships to Yaddo in 1997 and 1998. Born and raised in the South, he has lived in Boston for twenty years. He is curren