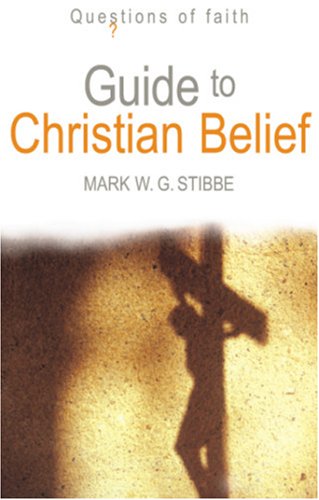 What do Christians believe? Traditionally, Christians have used what are known as "creeds" as a way of affirming the basic tenets of their faith. A creed (from the Latin "credo," meaning "I believe") is simply a statement of faith. The following is known as the "Apostles' Creed" and is the most popular of the creeds used by Christians in the western world. It was developed over a period of six centuries (between the second and eighth centuries AD): "We believe in God, the Father almighty, creator of heaven and earth. We believe in JesusChrist, hisonlySon, our Lord, who wasconceived by the Holy Spirit, born of the Virgin Mary, suffered under Pontius Pi-late, was crucified, died, and was buried; he descended to the dead. On the third day he rose again; he ascended into heaven, he is seated at the right hand of the Father, and he will come to judge the living and the dead. We believe in the Holy Spirit, the holy catholic Church, the communion of saints, the forgiveness of sins, the resurrection of the body, and the life everlasting. " Most of the core beliefs of the Apostle's Creed will be covered in this book:
- Table of Contents
- Introduction
- Revelation
- God
- Creation
- The Fall
- Jesus
- The Cross
- Resurrection
- The Holy Spirit
- Last Things
- Index