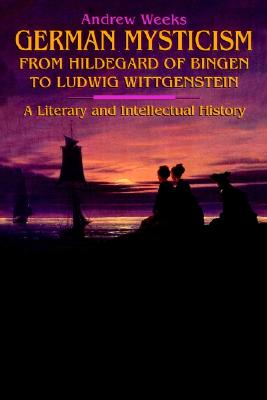 German Mysticism from Hildegard of Bingen to Ludwig Wittgenstein: A Literary and Intellectual History (Suny Series in Western Esoteric Traditions)

This book offers the reader an introduction to the writings of Hildegard of Bingen, Meister Eckhart, Tauler, Nicholas of Cusa, Paracelsus, Jacob Boehme, Angelus Silesius, Novalis and includes the more recent thinkers, such as Schopenhauer and Wittgenstein, who were influenced by the tradition. It is the first study of its scope to take into account the much ignored historical preconditions of German mysticism and the first to trace the thematic evolution of mystical literature from a core of biblical and Augustinian materials. It also follows in the footsteps of recent scholarship in showing how German mysticism interacts with other currents in intellectual history such as the Reformation, Romanticism, or Modernism. Instead of murky generalizations, the reader will find clear discussions of representative literary documents, analyzed with an eye to theme, source, style, function, and influence.

German Mysticism from Hildegard of Bingen to Ludwig Wittgenstein: A Literary and Intellectual History (Suny Series in Western Esoteric Traditions)