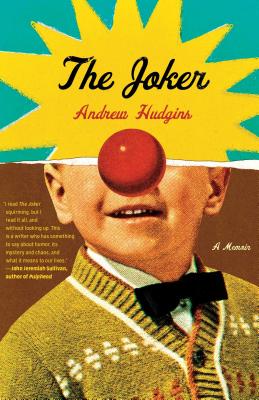 The Joker: A Memoir

A funny and insightful memoir, called "raw and risky" by The New York Times Book Review, from an award-winning poet who tells the story of his life through the jokes he loves to tell.

Since Andrew Hudgins was a child, he was a compulsive joke teller, so when he sat down to write about jokes, he found that he was writing about himself--what jokes taught him and mis-taught him, how they often delighted him, but occasionally made him nervous with their delight in chaos and sometimes anger. Because Hudgins's father, a West Point graduate, served in the US Air Force, his family moved frequently; he learned to relate to other kids by telling jokes and watching how his classmates responded. And jokes opened up to him the serious taboo subjects that his family didn't talk about openly--religion, race, sex, and death. The Joker is then both a memoir and a meditation on jokes and how they educated him, delighted him, and occasionally horrified him as he grew. The book received overwhelming praise in hardcover: "The writer's uncanny recall for the adolescent jokes...helping the young wordsmith determine just how he felt about each of those taboo topics--makes it stand apart...Thoughtful and...amusing" (The Boston Globe); "Hudgins doesn't hold back in this] rip-roaring memoir that examines how the ancient--and sometimes offensive--art of joke telling affects life, society, religion, and everything in between" (Entertainment Weekly); "If we're lucky, The Joker] will stir up an American dialogue about all kinds of fascinating, lurid, confounding, important subjects that reside in the great undertow of jokes" (Garden & Gun).

Title:: The Joker: A Memoir

The Joker: A Memoir