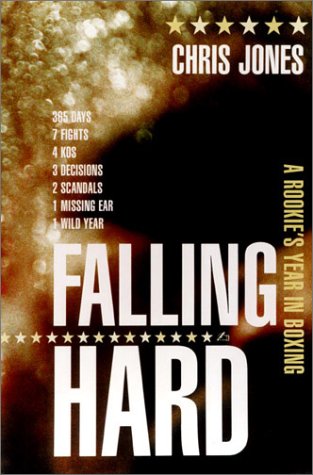 Rookie reporter Chris Jones had no idea what he was getting himself into when he decided boxing would be his sports beat. In his first year ringside, the sport crept inside him, setting his heart pumping one minute and breaking it the next, making him stare at the violence -- in himself and others-and daring him not to flinch. Jones gets dressed down by Don King, interviews the troubled guy who found Holyfield's ear, crashes Ali's birthday party, and watches Prince Naseem explode while Tyson implodes. Equal parts victory and defeat, Falling Hard is an intoxicating mix of boxing distilled to its essence.
-- Both moving and frightening, Falling Hard depicts the charlatans and petty heroes, the sad-sacks and con men of boxing's carnival.