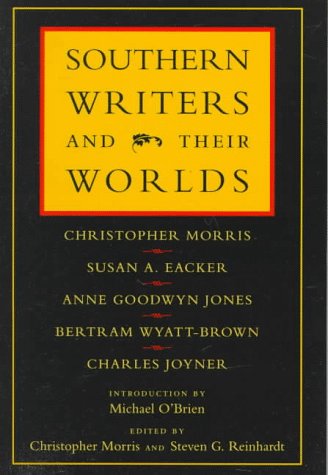 Southern Writers and Their Worlds

In this brilliant collection, five historians and literary critics explore the many ways that southern writers influence and are influenced by their region. Christopher Morris examines the relationship between economic development and the humor of such "Old Southwestern" writers as Augustus B. Longstreet and Johnson Jones Hooper, while Susan A. Eacker explains how South Carolina author Louisa McCord came to defend slavery. Anne Goodwyn Jones offers a penetrating deconstruction of gender in the southern literary renaissance, Charles Joyner reassesses William Styron's controversial decision to write The Confessions of Nat Turner in the first person, and Bertram Wyatt-Brown reveals the connection between depression and literary creativity. Presenting interdisciplinary topics within a broad chronological range, this remarkable work will be of interest to all students of southern literature and history.

Title:: Southern Writers and Their Worlds

Southern Writers and Their Worlds