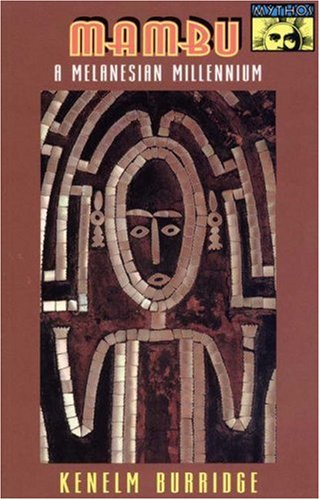 Perhaps the most famous modern-day millenarian movements are the "cargo cults" of Melanesia, active especially during the 1930s and 1950s. Melanesians had long believed that the sign of the millennium would be the arrival of their ancestors in ships bearing lavish material goods, and they interpreted the advent of European vessels as the fulfillment of these expectations. As it became apparent that the Europeans meant to keep the goods and to colonize the people, scores of small-scale revolts known as cargo cults emerged as attempts to secure the cargo and thereby preserve the people's most cherished religious beliefs: native aspirations for individual and cultural redemption fastened on local charismatic leaders, of whom Mambu was the greatest.

The Princeton Legacy Library uses the latest print-on-demand technology to again make available previously out-of-print books from the distinguished backlist of Princeton University Press. These editions preserve the original texts of these important books while presenting them in durable paperback and hardcover editions. The goal of the Princeton Legacy Library is to vastly increase access to the rich scholarly heritage found in the thousands of books published by Princeton University Press since its founding in 1905.