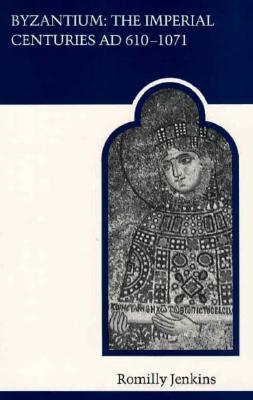 Near fine copy with no cover wear, binding and text like new. Previous owner's name stamped inside front cover.

Originally published by Weidenfeld and Nicholson, 1966.

Focusing on the middle period in Byzantium's eleven-century history as its most imperial era, Jenkins considers a number of events that changed the course of world history: the repulse of the Saracens from the gates of Constantinople in 678 and 718, the reign of Michael III, which marked the greatness of Middle Byzantium, the resolution in 843 of the quarrel over images, the conversion of the Bulgar Khan Boris to Christianity, and a splendid revival of painting, which culminated in the apse mosaic of St Sophia.

Publisher: University of Toronto Press: May 1987