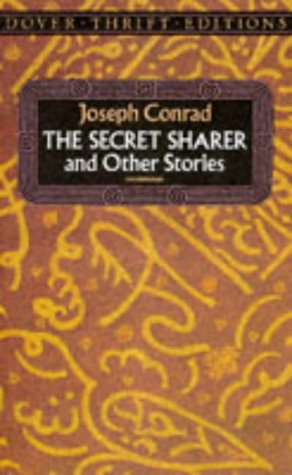 Secret Sharer and Other Stories

Joseph Conrad (1857-1924) spent much of his life at sea, and his experiences as a mariner deeply influenced his fiction. He set many of his finest stories aboard ship, where his characters -- closely confined, enduring the rigors of the sea -- might struggle more intensely with the psychological and moral issues that engaged him. This volume contains three of Conrad's most powerful stories in this genre: "Youth: A Narrative" (1898), "Typhoon" (1902) and "The Secret Sharer" (1910).
In each of these exciting tales, Conrad's celebrated prose style, rich in the cadences of the sea, draws readers into a story that probes deeply, often suspensefully, into the mysteries of human character. Here are adventures of the sea and of the soul, related by a novelist considered one of the greatest writers in the language, reprinted from authoritative editions.

Title:: Secret Sharer and Other Stories

Secret Sharer and Other Stories