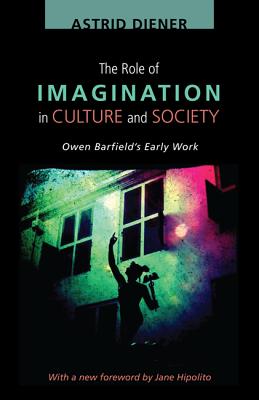 The Role of Imagination in Culture and Society: Owen Barfields Early Work

Owen Barfield (1898-1997), philosopher, historian, and literary theoretician, is well known for his friendship with C. S. Lewis. What is virtually unknown is that he was also admired and promoted by T.S. Eliot, who in the 1920s became his publisher at Faber and Faber. There can scarcely be two writers at greater variance than Lewis and Eliot; that Barfield was admired by both showed that he was an independent thinker, far more subtle and complex than has so far been recognized. Diener's book about Barfield's early work is the first systematic study to trace the roots and the development of his thought. It places Barfield in the tradition of British and European cultural and social critics, including Coleridge, Arnold, Nietzsche, and Rudolf Steiner. In the light of this tradition, Barfield's work emerges as a unique and constructive contribution to twentieth-century thought. "Astrid Diener's The Role of Imagination in Culture and Society is an essential resource for students of Owen Barfield's life and work. Scholars of twentieth-century thought, and all who are interested in the nature of the imagination and in how to bring about constructive change in culture and society, will also find much to work with in this impressively lucid and thoughtful book." --Jane Hipolito, Professor Emerita of English, California State University, Fullerton Astrid Diener was born in 1967 in Germany. She read English and History at the Universities of Freiburg, Sussex, Durham, and Oxford where she wrote her DPhil thesis on Owen Barfield and his historical and cultural context. Between 1998 and 2008 she taught English and history at a secondary school in Stuttgart (Germany). Since then she has worked at the University of Stuttgart where she teaches Second Language Acquisition to students of English, conducts empirical research, and is also responsible for the quality management of the university's educational courses qualifying for teaching degrees.

Title:: The Role of Imagination in Culture and Society: Owen Barfields Early Work

The Role of Imagination in Culture and Society: Owen Barfields Early Work