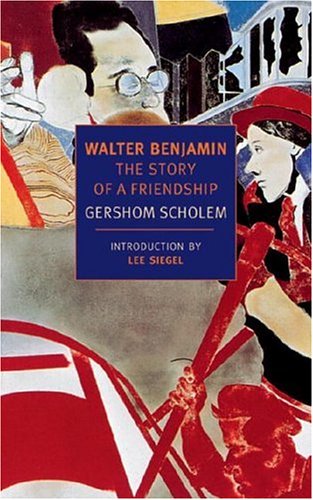 Gershom Scholem is celebrated as the twentieth century's most profound student of the Jewish mystical tradition; Walter Benjamin, as a master thinker whose extraordinary essays mix the revolutionary, the revelatory, and the esoteric. Scholem was a precocious teenager when he met Benjamin, who became his close friend and intellectual mentor. His account of that relationship--which was to remain crucial for both men--is both a celebration of his friend's spellbinding genius and a lament for the personal and intellectual self-destructiveness that culminated in Benjamin's suicide in 1940.

At once prickly and heartbroken, argumentative and loving, Walter Benjamin: The Story of a Friendship is an absorbing memoir with the complication of character and motive of a novel. As Scholem revisits the passionate engagements over Marxism and Kabbala, Europe and Palestine that he shared with Benjamin, it is as if he sought to summon up his lost friend's spirit again, to have the last word in the argument that might have saved his life.