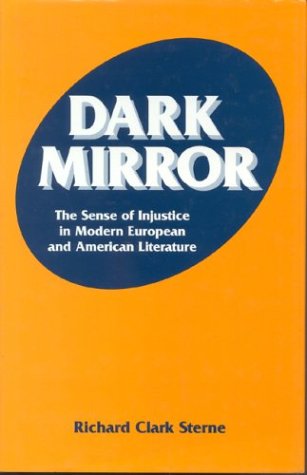 Dark Mirror: The Sense of Injustice in Modern European and American Literature

Focusing on European and American trial fiction since about 1880, Dark Mirror argues that although it is generally animated by a sense of injustice, this literature reflects the virtual collapse in Western culture of the idea of a universal, or "natural," ethical law. From the ancient Greeks to the Victorians, that idea, though powerfully contested by the notion that justice was simply "the interest of the stronger," remained vigorously alive in books as in people's minds. It thus constituted an alternative to injustice which modern literature, whether its angle is religious, social, or absurdist, rarely presents.

Sterne presents the argument that the tradition of natural law can be adapted to the present condition, a hypothesis that necessitates a view of an international community in which distributive as well as punitive justice is done. Creators of literature, who have so persuasively dramatized the corruptions, cruelties, and absurdities of our time, would then eb called upon to increasingly choose to imagine "just" ways for us to emerge from chaos. Dark Mirror is the first study that combines, comprehensively, the treatment of the historical conflict between idealistic (natural law) and "realistic" or cynical approaches to the idea of justice.

Title:: Dark Mirror: The Sense of Injustice in Modern European and American Literature

Dark Mirror: The Sense of Injustice in Modern European and American Literature