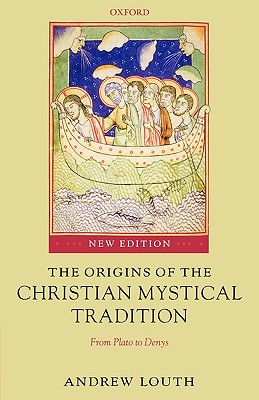 The Origins of the Christian Mystical Tradition: From Plato to Denys

'The charge that the mystical strain in Christianity is alien to Christianity is a charge frequently made,' writes Andrew Louth. Some scholars contend that the Platonic spirituality found in the Church Fathers fundamentally opposes the contemplative and the active. Louth is interested not only in the extent to which Platonism determines the mystical theology of the Fathers but the extent to which this influence is resisted and rejected. Drawn from a series of lectures he delivered at Oxford and to a convent of Catholic sisters in the late 70s, The Origins of the Christian Mystical Tradition is now considered a classic in the study of the development of Christian mystical theology. Beginning with Plato, Philo, and Plotinus, Louth examines the Platonic ideas of the soul's relationship to God. Turning to Origen, he begins his discussion of specifically Christian mystical theology, dovetailing into the contributions of Nicene Orthodoxy (Athanasius and Gregory of Nyssa) and the monastics Evagrius, Macarius and Diadochus. He then veers West to Augustine and Denys the Areopagite, including an important sidebar on St. John of the Cross. This edition includes a new Afterword that brings Louth's original text up to date. Vetting the term 'mysticism,' he discusses how it is freighted with meanings that obstruct our understanding of an essentially patristic notion of the mystical: 'a reconfiguration of what is involved in committing ourselves to be transformed by God's grace.'

Scholars of the patristic era have paid more attention to the dogmatic tradition in their period than to the development of Christian mystical theology. Andrew Louth aims to redress the balance. Recognizing that the intellectual form of this tradition was decisively influenced by Platonic ideas of the soul's relationship to God, Louth begins with an examination of Plato and Platonism. The discussion of the Fathers which follows shows how the mystical tradition is at the heart of their thought and how the dogmatic tradition both molds and is the reflection of mystical insights and concerns. This new edition of a classic study of the diverse influences upon Christian spirituality includes a new Epilogue which brings the text completely up to date.

Title:: The Origins of the Christian Mystical Tradition: From Plato to Denys

The Origins of the Christian Mystical Tradition: From Plato to Denys