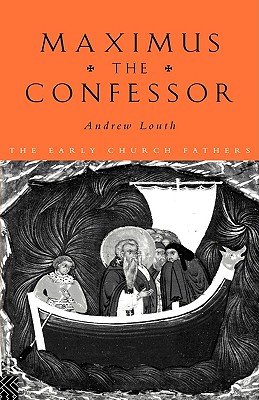 By: ANDREW LOUTH, MAXIMUS THE CONFESSOR

Maximus was a seventh-century Byzantine aristocrat--he was at one time Secretary to the Emperor--who became a monk and one of the most celebrated Byzantine theologians. A prolific writer, he was famous for, among other things, his important contributions to the Christological debate (he opposed Monothelitism) that led up to the decisions of the Sixth Ecumenical Council. Louth's book falls into two parts. The first introduces us to Maximus and outlines his spiritual doctrines, understanding of Christ, and cosmic theology. The second half translates a number of Maximus' shorter theological writings--wonderful introduction to a figure whose work and influence are the center of a resurgence of interest and appreciation in contemporary patristic studies. 230 pp.

St Maximus the Confessor, the greatest of Byzantine theologians, lived through the most catastrophic period the Byzantine Empire was to experience before the Crusades. This book introduces the reader to the times and upheavals during which Maximus lived. It discusses his cosmic vision of humanity and the role of the church. The study makes available a selection of Maximus' theological treaties many of them translated for the first time. The translations are accompanied by a lucid and informed introduction.