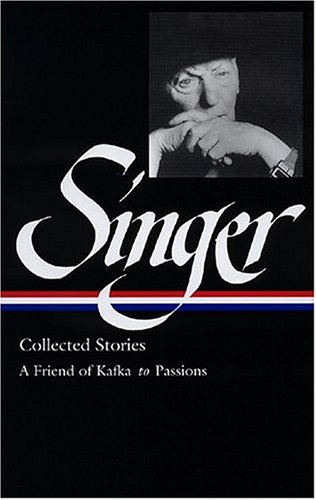 By the time Isaac Bashevis Singer published the three short-story collections gathered in this Library of America volume--A Friend of Kafka (1970), A Crown of Feathers (1973), and Passions (1975)--he had made his home in America for nearly four decades. Earning his living as a columnist for the Yiddish newspaper Forverts (The Jewish Daily Forward), he had risen from nearly complete anonymity outside of his Yiddish readership to international celebrity as "the last of the great Yiddish fiction writers," as Anzia Yzierska once called him. Awarded prizes, f ted in the United States and abroad, eagerly sought for lectures and interviews, he had brought about this remarkable transformation primarily though the translation of his stories. Often collaborating with his translators, Singer intended the English version of his stories to be regarded not as diminished approximations of his Yiddish stories but as works shaped by the author in the language of his adopted homeland.

The sixty-five stories in Collected Stories: A Friend of Kafka to Passions--the second of three volumes--reflect Singer's origins in Poland and his long exile in America. Although he continued to write tales drawing on Jewish folk traditions and supernaturalism, many of his stories from the late 1960s and early 1970s take place in the United States, as Singer explored the psychic devastation wrought by the Nazi genocide on Holocaust survivors ("The Cafeteria"), evoked the fragility of transplanted forms of Jewish life and belief ("The Cabalist of East Broadway"), and reflected on the spiritual hazards of worldly success in America ("Old Love"). Stories such as "A Day in Coney Island," "A Tutor in the Village," and "The Son"--based on Singer's reunion with his son Israel Zamir after a twenty-year separation--show Singer blurring the line between autobiography and fiction, a tendency that marks much of his later writing. LIBRARY OF AMERICA is an independent nonprofit cultural organization founded in 1979 to preserve our nation's literary heritage by publishing, and keeping permanently in print, America's best and most significant writing. The Library of America series includes more than 300 volumes to date, authoritative editions that average 1,000 pages in length, feature cloth covers, sewn bindings, and ribbon markers, and are printed on premium acid-free paper that will last for centuries.