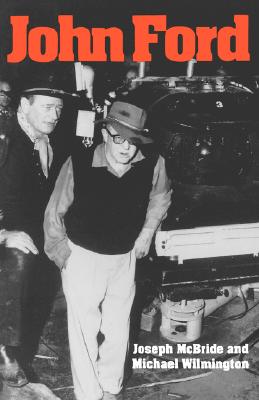 Orson Welles was once asked which directors he most admired. He replied: "The old masters. By which I mean John Ford, John Ford and John Ford." John Ford (1894-1973) was a legend in his own time. Honored with four Academy Awards for best director, and two others for his World War II documentaries, Ford directed more than 140 films in a career that lasted from the early silent era through the late 1960s. Ford today is celebrated throughout the world as the cinema's foremost chronicler of American history, the leading poet of the Western genre, and a wide-ranging filmmaker of profound emotional impact. His classic films--such as Stagecoach, The Grapes of Wrath, Has Green Was My Valley, The Quiet Man, The Searchers, and The Man Who Shot Liberty Valance--remain widely popular, and he has been acknowledged as a major influence by such leading contemporary filmmakers as Ingmar Bergman, Akira Kurosawa, Elia Kazan, Samuel Fuller, Martin Scorsese, Steven Spielberg, George Lucas, Oliver Stone, and Peter Bogdanovich.In this groundbreaking and influential work of Ford criticism, Joseph McBride and Michael Wilmington provide an overview of Ford's career as well as in-depth analyses of key Ford films, from his first feature, the 1917 Straight Shooting, to his last, the controversial Seven Women. Analyzing recurring Fordian themes and relating each film to his entire body of work, the authors insightfully explore the full richness of Ford's tragicomic vision of history.