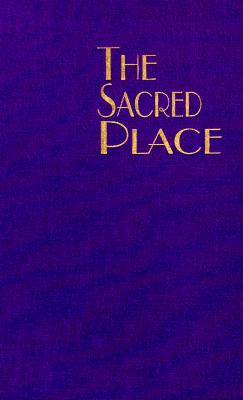 What is the relation between what we call sacred and what we witness as the apparent world? Cairns asks this question in the introduction, posing the question that informs the wonderfully diverse responses gathered here. Richard Wilbur's poem ''The Beautiful Changes,'' reveals the way the world's particulars always give way to ''a second finding,'' where each thing ''touches back to wonder.'' In her essay ''Home as Eden's Picture Book,'' Lynda Sexson uses a group of old, found postcards, written by a boy to his mother, to show how our longing for Eden colors the strange world around us, informing each choice we make. The stories, essays and poems in this collection, written by authors such as Barry Lopez, Annie Dillard, Rick Bass, Douglas Burton-Christie and Kathleen Norris (among many others), praise the unknowable power of place, yet possess a grace that allows a reader to inhabit the beautifully ineffible spaces that sustain us all.

Some of today's most significant writers and poets explore the relation between what we call the sacred and what we witness in the apparent world.

This unprecedented anthology brings together a provocative mix of new and well known writers whose poetry and prose broaches the possibility of something "bigger" going on, something more significant at stake. Is some powerful agency at work in what we see or are we just wishing (or fearing) that there were? Who can say? Who would dare? What s most intriguing about the selections in this volume is that the authors do dare. What s most attractive about them is that they resist answering that dare with reductions. They prefer the swoon of multiple possibilities over the relative comfort of conclusions. Various as they are, the works collected in The Sacred Place share a common reverence for the word itself, and perhaps best of all they share a common understanding that no one of them comprehends fully what that means. They seem to desire instead a sense that the humble stuff surrounding us affords a likely enough habitation for the sacred, even now."